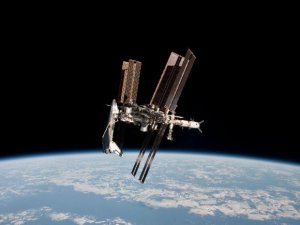 Ritvik stayed a few feet away from where the receding waves left a wet mark. He had taken his early morning walk to the Marina beach in Chennai. He loved to watch the sun appear from the edge of the water and turn the sea to a shimmering golden glow. He enjoyed hearing the rhythmic roar of the waves, and following the sea gulls in early morning flight. His eyes wandered over the sea-shells that came with each advance of a wave front. It was time to go back. He had to get back and get ready to go to school.

Just as he was about to leave a small, shiny black piece of stone caught his attention. It glinted in the early morning rays. He bent down to pick it.  When he touched the stone, he felt a sharp stinging electric shock. For a moment he was confused whether it was just the sensation of pins and needles which occurs when we move from a stationary position. He looked curiously at the rock. To his amazement, the color had now changed and it was a dull brown color. He put the stone in his pocket and took it home without any further thought.

In his hurry to get to school, he absent mindedly left the stone on his window sill and rushed off to school. Late at night the stone on the window sill again caught his eye. It was now a deeper shade of shiny black. He picked it thoughtlessly only to drop it yelling as it again sent a shock through his hand. His father, who happened to be close by, was alarmed and asked him what happened. Ritvik recounted the incident and showed the stone to his father which had again turned dull brown. The curiosity of his father, who was a material science Professor at Madras IIT, was deeply aroused. His father took the stone to the institute the next day. It did not take Mr. Mukundan long  to realize that the stone had the property of storing solar energy which could be tapped at will later. His father quietly performed the research on the stone and published the results in “The Journal of Science” and “Nature”.

This discovery was a major landmark in our world which could not get itself out of the stranglehold of the “fuels of hell” namely coal, petroleum and the like.  Pretty soon India and other governments of the world got together and decided to run expeditions to mine for this miracle material appropriately named “solarium”

A few months later it was found that the Bay of Bengal had abundant deposits of solarium. It was discovered that 1 kg of solarium could store 100 KW of power enough to power a single house for a month.

The find of solarium marked a new era in technological progress for mankind. Further advances were made in increasing the storage potential of solarium by performing certain chemical processes of refining it coupled with placing it in a strong electro-magnetic field.

Fast forward to 2026. The first space vehicle powered entirely by solarium designed by a joint venture of NASA, ISRO and ESA were created. The first unmanned flight “Quark” to star Sirius was proposed based on a trajectory that combined accumulated solar energy from solarium and the gravity of heavenly bodies.

Do read my other short story (science-fiction) – Singularity.

6 thoughts on “Sea shells on the seashore”