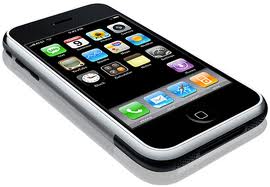 Mobile banking requires the interworking of telecom operators, application providers and cash agents for making this service a reality. Mobile banking can promote customer growth and reduce churn for service providers. Some success stories are M-Pesa in Keya and SmartMoney in Philippines. There is a tremendous opportunity for this application in countries like India and China and other emerging markets. In this application, the mobile phone helps the user to bank while on the move.

Near Field Communication (NFC) : Mobile phones enabled with NFC technology can be used for a variety of purposes. One such purpose is integrating credit card functionality into mobile phones using NFC. Already the major players in mobile are integrating NFC into their newer versions of mobile phones including Apple’s iPhone, Google’s Android, and Nokia. We will never again have to carry in our wallets with a stack of credit cards. Our mobile phone will double up as a Visa, MasterCard, etc. NFC also allows retail stores to send promotional coupons to subscribers who are  in the vicinity of the shopping mall.

E-Ticketing: With an application, our flight iternary, tickets or movie tickets will be sent to the mobile phone. E-Ticketing can also be used for train and bus rides and does away with the need to carry small change.

Some of the key applications envisaged for the mobile phone in the future has been discussed and many are already in use. The smartphone will not only be indispensable in future but will be omnipotent and omniscient.