Published in Telecom Asia, Jul 28,2011 – A glimpse into the future of networking

Networks and networking, as we know it, is on the verge of a momentous change, thanks to a path breaking technological concept known as Software Defined Networks (SDN). SDN is the result of pioneering effort by Stanford University and University of California, Berkeley and is based on the Open Flow Protocol and represents a paradigm shift to the way networking elements operate.

Networks and network elements, of today, have been largely closed and have been based on proprietary architectures. In today’s network and switching and routing of data packets happen in the same network elements for e.g. the router.

Software Defined Networks (SDN) decouples the routing and switching of the data flows and moves the control of the flow to a separate network element namely, the flow controller.   The motivation for this is that the flow of data packets through the network can be controlled in a programmatic manner. A Flow Controller can be typically implemented in a standard PC.  In some ways this is reminiscent of Intelligent Networks and Intelligent Network Protocol which delinked the service logic from the switching and moved it a network element known as the Service Control Point. 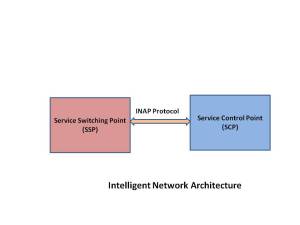 Computing resources can be virtualized through the use of the Hypervisor which abstracts the hardware and enables several guest OS to run in complete isolation. Similarly when a network element a FlowVisor, experimentally demonstrated, is used along with the OpenFlow Controller it is possible to virtualize the network resources. Hence each traffic flow gets a combination of bandwidth, routers, traffic flows and computing resources. Hence Software Defined Networks (SDNs) are also known as Virtualized Programmable Networks owing to the ability of different traffic flows being able to co-exist in perfect isolation of one another allowing for traffic flows through the resources to be controlled by programs in the Flow Controller. 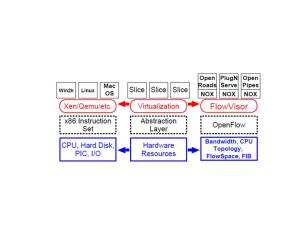 The ability to manage different types of traffic flows across network resources opens up endless possibilities. SDNs have been successfully demonstrated in wireless handoffs between networks and in running multiple different flows through a common set of resources. SDNs in public and private clouds allow appropriate resources to be pooled during different times of the day based on the geographical location of the requests. Telcos could optimize the usage of their backbone network based on peak and lean traffic periods through the Core Network.

The OpenFlow Protocol has already gained widespread support in the industry and has resulted in the formation of the Open Networking Foundation (ONF). The members of ONF include behemoths like Google, Facebook, Yahoo, and Deutsche Telekom to networking giants like Cisco, Juniper, IBM and Brocade etc. Currently the ONF has around 43 member companies

Software Define Networks is a tectonic shift in the way networks operate and truly represent the dawn of a new networking era. A related post of interest is “Adding the OpenFlow variable in the IMS equation”

2 thoughts on “Software Defined Networks (SDNs): A glimpse of tomorrow”