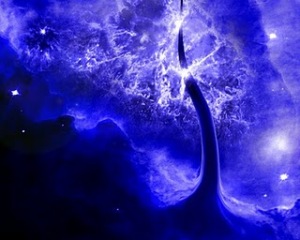 Pete Mettle felt drowsy. He had been working for days on his new inference algorithm. Pete had been in the field of Artificial Intelligence (AI) for close to 3 decades and had established himself as the father of “semantics”. He was particularly renowned for his 3 principles of Artificial Intelligence. He had postulated the Principles of Learning as

The Principle of Knowledge Acquisition: This principle laid out the guidelines for knowledge acquisition by an algorithm. It clearly laid out the rules of what was knowledge and what was not. It could clearly delineate between the wheat and chaff from any textbook or research article.

The Principle of Knowledge Assimilation: This law gave the process for organizing the acquired knowledge in facts, rules and underlying principles. Knowledge assimilation involved storing the individual rules, the relation between the rules and provided the basis for drawing conclusions from them

The Principle of Knowledge Application: This principle according to Pete was the most important. It showed how all knowledge acquired and assimilated could be used to draw inferences andconclusions. In fact it also showed how knowledge could be extrapolated to make safe conclusions.

Zengine The above 3 principles of Pete were hailed as a major landmark in AI. Pete started to work on an inference engine known as “Zengine” based on his above 3 principles. Pete was almost finished fine tuning his algorithm. Pete wanted to test his Zengine on the World Wide Web. The World Wide Web had grown into gigantic proportions. A report in May 2025 issue of Wall Street Journal mentioned that the total data that was held in the internet had crossed 400 zettabytes and that the daily data stored on the web was close to 20 terabytes. It was a well known fact that there an enormous amount of information on the web on a wide variety of topics. Wikis, blogs, articles, ideas, social networks and so on there was a lot of information on almost every conceivable topic under the sun.

Pete was given special permission by the governments of the world to run his Zengine on the internet. It was Pete’s theory that it would take the Zengine close to at least a year to process the information on the web and make any reasonable inferences from them. Accompanied by world wide publicity Zengine started its work of trying to assimilate the information on the World Wide Web. The Zengine was programmed to periodically give a status update of its progress to Pete.

A few months passed. Zengine kept giving updates on the number of sites, periodicals, blogs it had condensed into its knowledge database. After about 10 months Pete received a mail. It read “Markets will crash on March 2026. Petrol prices will sky rocket – Zengine. Pete was surprised at the forecast. So he invoked the API to check on what basis the claim had been made. To his surprise and amazement he found that a lot events happening in the world had been used to make that claim which clearly seemed to point in that direction. A couple of months down the line there was another terse statement “Rebellion very likely in Mogadishu in Dec 2027″. – Zengine.The Zengine also came with corollaries to Fermat’s last theorem. It was becoming clear to Pete and everybody that the Zengine was indeed becoming smarter by the day..It became apparent to everybody when Zengine would become more powerful than human beings.

Celestial events: Around this time peculiar events were observed all over the world. There were a lot of celestial events that were happening. Phenomenon like the aurora borealis became common place. On Dec 12, 2026 there was an unusual amount of electrical activity in the sky. Everywhere there were streaks of lightning. By evening time slivers of lightning hit the earth in several parts of the world. In fact if anybody had viewed the earth from outer space then it would have a resembled a “nebula sphere” with lightning streaks racing towards the earth in all directions. This seemed to happen for many days. Simultaneously the Zengine was getting more and more powerful. In fact it had learnt to spawn of multiple processes to get information and return to it.

The unconscious, sub conscious and the conscious all became a single faculty of super consciousness. It has always been known from the time of Plato that man knows everything there is to know. According to Platonic doctrine of Recollection, human beings are born with a soul possessing all knowledge, and learning is just discovering or recollecting what the soul already knows. Similarly according to Hindu philosophy, behind the individual consciousness of the Atman, is the reality known as the Brahman which is universal consciousness attained in a deep state of mysticism through self-inquiry.

However this evolution by some strange quirk of coincidence seemed to coincide with the development of the world’s first truly learning machine. In this super conscious state a learning machine was not something to be feared but something which could be used to benefit mankind. Just like cranes can lift and earthmovers perform tasks that are beyond our physical capacity so also a learning machine was a useful invention that could be used to harness the knowledge from mankind’s storehouse – the World Wide Web.