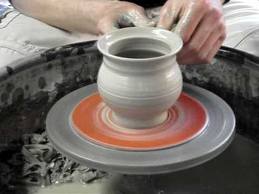 In my earlier post “Architecting a cloud based IP Multimedia System (IMS)” I had suggested the idea of “cloudifying” the network elements of the IP Multimedia Systems. This would bring multiple benefits to the Service Providers as it would enable quicker deployment of the network elements of the IMS framework, faster ROI and reduction in CAPEX. Besides, the CSPs can take advantage of the elasticity and utility style pricing of the cloud.

In today’s world of scorching technological pace, static configurations for IT infrastructure, network bandwidth and QOS, and fixed storage volumes will no longer be sufficient.

This post will demonstrate the need for architecting an IP Multimedia System that uses all the above methodologies to further enable CSPs & Operators to get better returns faster without the headaches of earlier static networks.

IP Multimedia Systems (IMS) is the architectural framework proposed by 3GPP body to establish and maintain multimedia sessions using an all IP network. IMS is a grand vision that is access network agnostic, uses an all IP backbone to begin, manage and release multimedia sessions.

The IMS was created to handle voice, data and video calls. In addition in the IMS, the SIP User Endpoints can negotiate the media parameters and either move up from voice to video or down from video to voice by adding different encoders.  This requires that the key parameters of the pipe be changed dynamically to handle different QOS, bandwidth requirements dynamically.

The approach suggested in this post to have a Software Defined IP Multimedia System (SD-IMS) as follows.

In other words the compute instances, network, storage and the frequency need to be managed through software based on the demand.

Software Defined Compute (SDC): The traffic in a Core network can be seasonal, bursty and bandwidth intensive. To be able to handle this changing demands it is necessary that the CSCF instances (P-CSCF, S-CSCF,I-CSCF etc) all scale up or down. This can be done through Software Defined Compute or the process of auto scaling the CSCF instances. The CSCF compute instances will be created or destroyed depending on the traffic traversing the switch.

SDNs can be made to dynamically route traffic flows based on decisions in real time. The flow of data packets through the network can be controlled in a programmatic manner through the Flow controller using the Openflow protocol. This is very well suited to the IMS architecture. Hence the SDN can allocate flows based on bandwidth, QoS and type of traffic (voice, data or video).

Software Defined Storage (SDS): A key component in the Core Network is the need to be able charge customers. Call Detail Records (CDRs) are generated at various points of the call which are then aggregated and sent to the bill center to generate the customer bill.

Software Defined Radio (SDR): This is another aspect that all Core Networks must adhere to. The advent of mobile broadband has resulted in a mobile data explosion portending a possible spectrum crunch. In order to use the available spectrum efficiently and avoid the spectrum exhaustion Software Define Radio (SDR) has been proposed. SDRs allows the radio stations to hop frequencies enabling the radio stations to use a frequency where this less contention (see We need to think differently about spectrum allocation … now).In the future LTE-Advanced or LTE with CS fallback will have to be designed with SDRs in place.

A Software Defined IMS makes eminent sense in the light of characteristics of a core network architecture.  Besides ‘cloudifying’ the network elements, the ability to programmatically control the CSCFs, network resources, storage and frequency, will be critical for the IMS. This is a novel idea but well worth a thought!